Algorand: A blockchain killer in 2023? 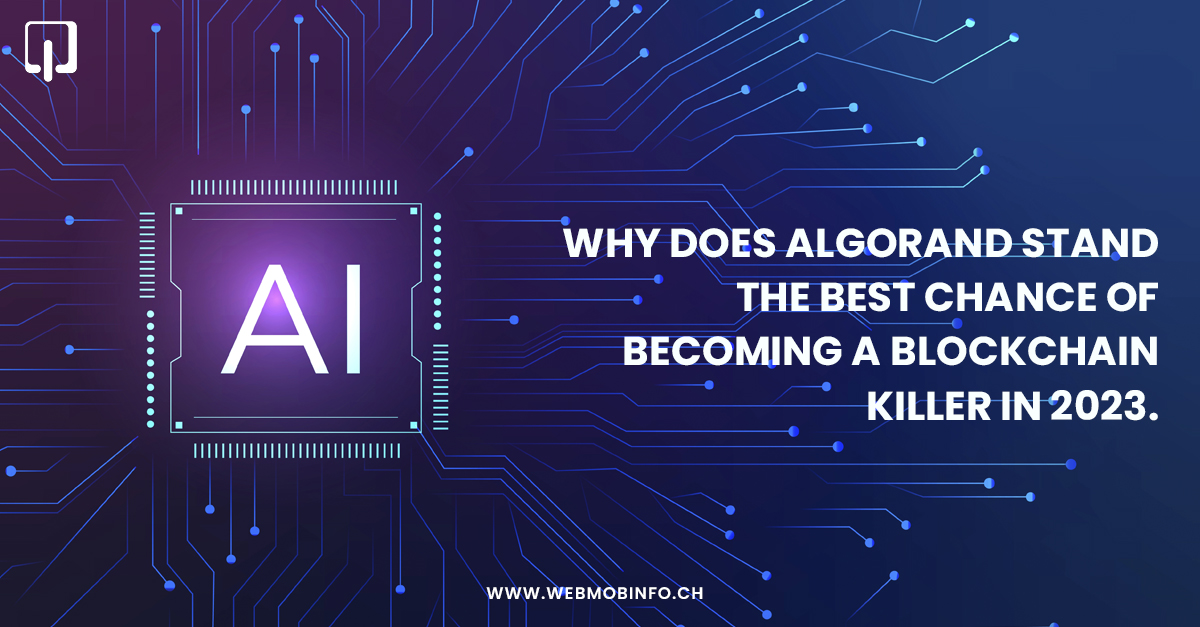 Why does Algorand stand the best chance of becoming a blockchain killer?

Algorand is a revolutionary blockchain that offers unmatched scalability, security, and decentralization. With its unique proof of stake algorithm and fast transaction speeds, Algorand is changing the way we transact and interact on the blockchain. It was the first and only to achieve decentralization, scalability, and security without sacrificing environmental sensitivity. Whether you’re a developer, investor, or simply curious about the future of blockchain technology. Algorand has something to offer. In other words, Algorand is destined to become the world's most powerful and sustainable blockchain.

Let's talk about what Algorand is, what its key characteristics are, and why it's known as the blockchain killer.

Algorand is a decentralized, open-source blockchain platform based on the pure proof of stake consensus algorithm. The platform was founded and launched in 2019 by computer science professor Silvio Micali, an Italian MIT professor and recipient of the most prestigious Turing award.

The strength of Algorand is its speed, it could ideally process 1,000 transactions per second (TPS), but as part of its latest major protocol upgrade, Algorand will see a 5x performance boost to 6,000 TPS and a 10% reduction in round times to 4s. This upgrade will increase the size of the blocks, and reduce transaction size and latency, which will allow you to generate blocks more frequently and process more transactions per second.

It is also a two-layer blockchain, with the first layer handling simple transactions, and all the important smart contract transactions occur off-chain, on Layer 2, preventing the blockchain from becoming clogged. Its transaction fee is only $0.0003 at the time of writing.

What problem is Algorand addressing?

Algorand intends to address the primary issue that blockchains are currently facing-blockchain trilemma.

The blockchain trilemma refers to the notion that it is difficult for blockchains to achieve optimal levels of all three properties at the same time. The trade-offs must be made in order to prioritize one or two of them.

Algorand's unique proof-of-stake algorithm aims to address this trilemma and enable scalability, decentralization, and security to co-exist in a single blockchain network. It employs a novel consensus algorithm known as "Pure PoS" or Pure Proof-of-stake, which allows all participating nodes to agree on transaction orders without the need for a central authority.

In addition to that, the blockchain also employs a distinct data structure known as "the Byzantine Agreement." It enables Algorand to reach an agreement even when some of its participants are malicious. It operates on the premise that if enough honest users own more than two-thirds of the system's stake, the system will function. In essence, Algorand is the only one that employs a novel consensus algorithm that is intended to be secure, scalable, and decentralized at the same time. This makes it the first blockchain to solve the trilemma successfully.

Why Algorand is known as a Blockchain Killer?

Algorand is known as a "Blockchain killer" because of its unique features and capabilities that make it a strong competitor to popular blockchain platforms. Here are some points that will help you understand why Algorand is dubbed the "Blockchain Killer."

Algorand is a strong competitor to Ethereum and other potential blockchains due to its high scalability, security, and low barrier to entry. The platform has already piqued the interest of developers and investors, and it is expected to gain traction in the blockchain space in the coming months.

At Webmob, we specialize in developing high-quality software solutions for businesses of all sizes and we already helped 3 of our clients get funding from Algorand itself. We've delivered 8+ successful blockchain projects including, Instimatch- a cash management platform, NFT marketplace for the Formula-E supporter, Interchain bridge that connects Ethereum to Algorand, a Crowdfunding app that provides a trusted system for investors, Sharia-compliant Commodity Trading platform for Islamic Finance, and, a Dex Aggregator.

Get in touch with us, if you would be open to discussing potential collaboration opportunities between our companies. We would be happy to answer any questions you may have and provide more information about our services.